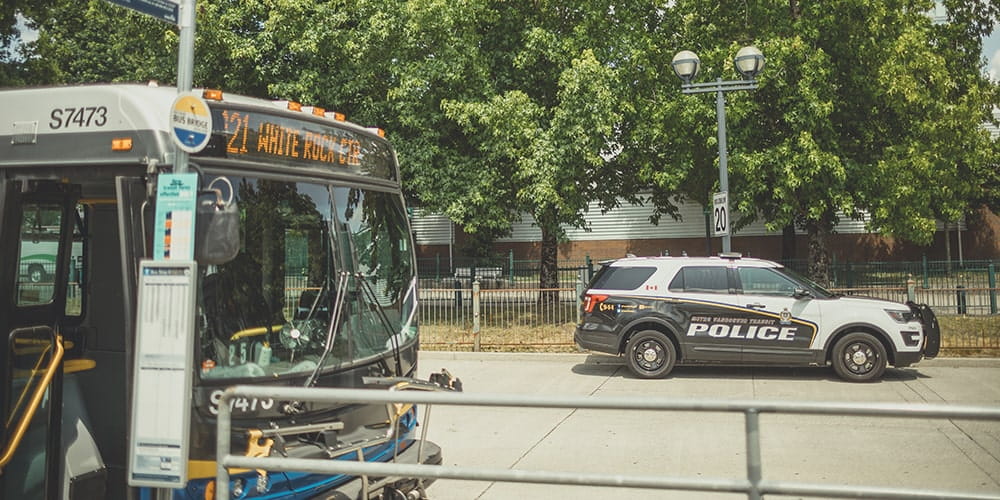 Mandated by the Minister of Public Safety and Solicitor General as a Designated Policing Unit in 2005, Metro Vancouver Transit Police aims to prevent crime and offences against the law (including the Criminal Code), aid in the administration of justice, and enforce the laws of British Columbia on the transit system. It is the first dedicated transit police service in Canada and oversight is provided by an independent Transit Police Board.

Through a community policing approach to keeping transit safe, Transit Police play an integral role in providing seamless policing within Metro Vancouver. Anyone who has a concern for their safety, or the safety of someone else, or who has another concern that needs police attention is encouraged to contact the Transit Police directly by phone at 604.515.8300 or by text at 87.77.77 (always call 911 in an emergency).